Home Flip Side At a loss…
Flip SideFunandGames 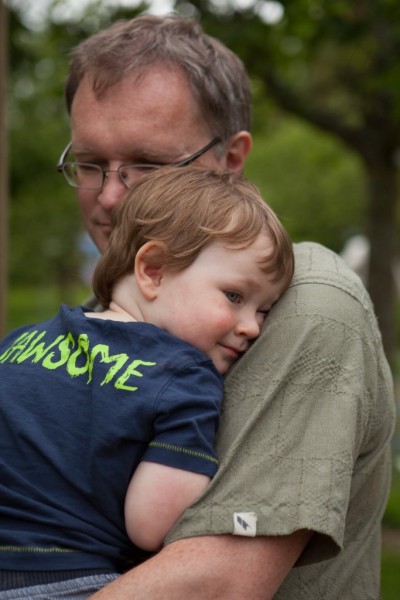 I didn’t think I’d be saying say this, but it’s official I’m at a loss and suffering from child care withdrawal!

I’ve been given a break from looking after my lads. They’re off skiing with their mum, cousins and grandparents. I’d join them, but let’s just say I don’t ski at all well – the only time I tried (and with lessons) was not exactly a confidence building success – A story for another time perhaps. Anyway, one would think not having to look after the lads for a while I’d be happy. I’ve plenty to do around the house and garden, including a number of jobs I’ve planned to do without children around and distract me or just be underfoot (NOTE: for some jobs, no matter how well you organise something to try and occupy a 2 year old and 6 year old so you can do some planned maintenance, it does not last for long). I also have my normal work to do. So it’s not as though I’ll be twiddling my thumbs.

Children not being around has had it’s upsides without doubt. The big thing was catching up on sleep… the first night was 11 hours uninterrupted sleep, as opposed to my normal 4-6 hours interrupted. I can also catch up films I’ve wanted to see for a LONG time and I’m not talking about the 15 or 18 rated… it’s the ones like “Kung Fu Panda 2”. I’m quite childish in the films I like, but my oldest doesn’t want to see them and maybe he’s still too young as he doesn’t like anything remotely scary. But I MISS them! The house is quiet!!! Too quiet 🙁  and it’s a constant quiet. Playing music doesn’t help, I want to hear the sound of padding feet and movement around the house, the sounds of play. Even the repetative every 5 minutes or shorter calls for “Kit” (Okay I can live without the sounds of the boys not getting on so well, but that’s a fact of life. It happens).

First couple of days, were relaxing. I actually got to see a whole film in the middle of day! It almost felt forbidden and that I should be doing something else more work like. I’ve also made major inroads into the very necessary sorting out of paperwork and various gubbins stuffed into drawers and onto the shelves. I won’t mention that the livingroom carpet is currently covered in piles of paper waiting to be re-homed. A little bit of thought is still required there. But now I’m feeling the lack of children being around, that feeling of being called on every few minutes. Going out and doing things. And they’ve only been gone a few days so far…. agghhh. I’ve 2 weeks to face.

I know what you mean Kit, there is a big difference between feeling like you want some down time and how it actually feels when you get it! My last 3 are 18, almost 17 and almost 16 now and these quiet times are coming more often.