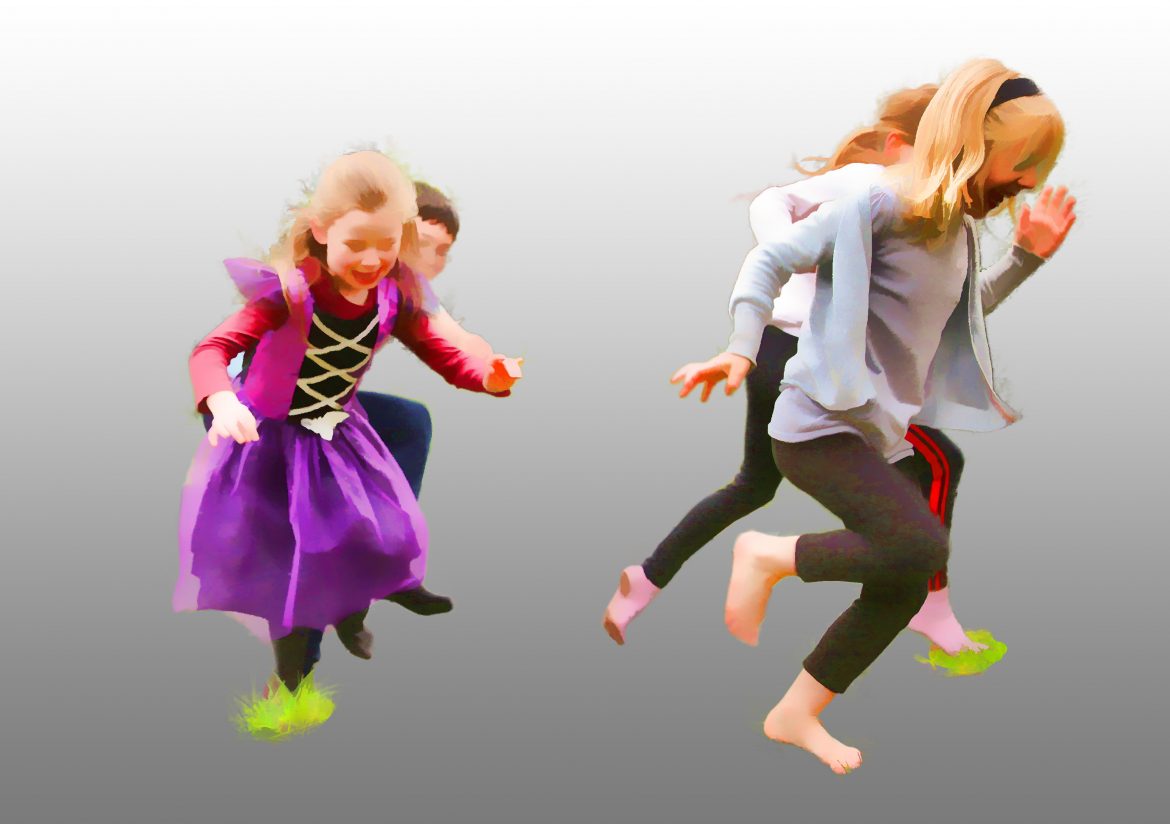 Similar to Mr Wolf, where

One person becomes the catcher (wolf) and stands on one side of the hall or if outside by a tree or other feature. The remaining players either stand at the opposite end of the hall or somewhere else that can be called home.

Players as a group then move towards the wolf taking one or two steps at a time with the objective of reaching the wolf’s base before being caught. After a few steps so players stop and call out “What’s the time Mr Wolf?”.

In Through the Woods, the wolf also calls out a way of moving such as hopping, skipping, running, walking slowly, walking backwards, etc. Both players and wolf then must move only in this way for that round. So to any call by the group, the wolf replies with the use of the method of moving appended to the sentence “… through the wodds.”. Eg “Skipping through the woods…. it’s 7pm” or “Dancing through the woods it’s dinner time!” using ‘Dinner time’ to let players know the wolf is going to try and catch them.

Witch in the Woods