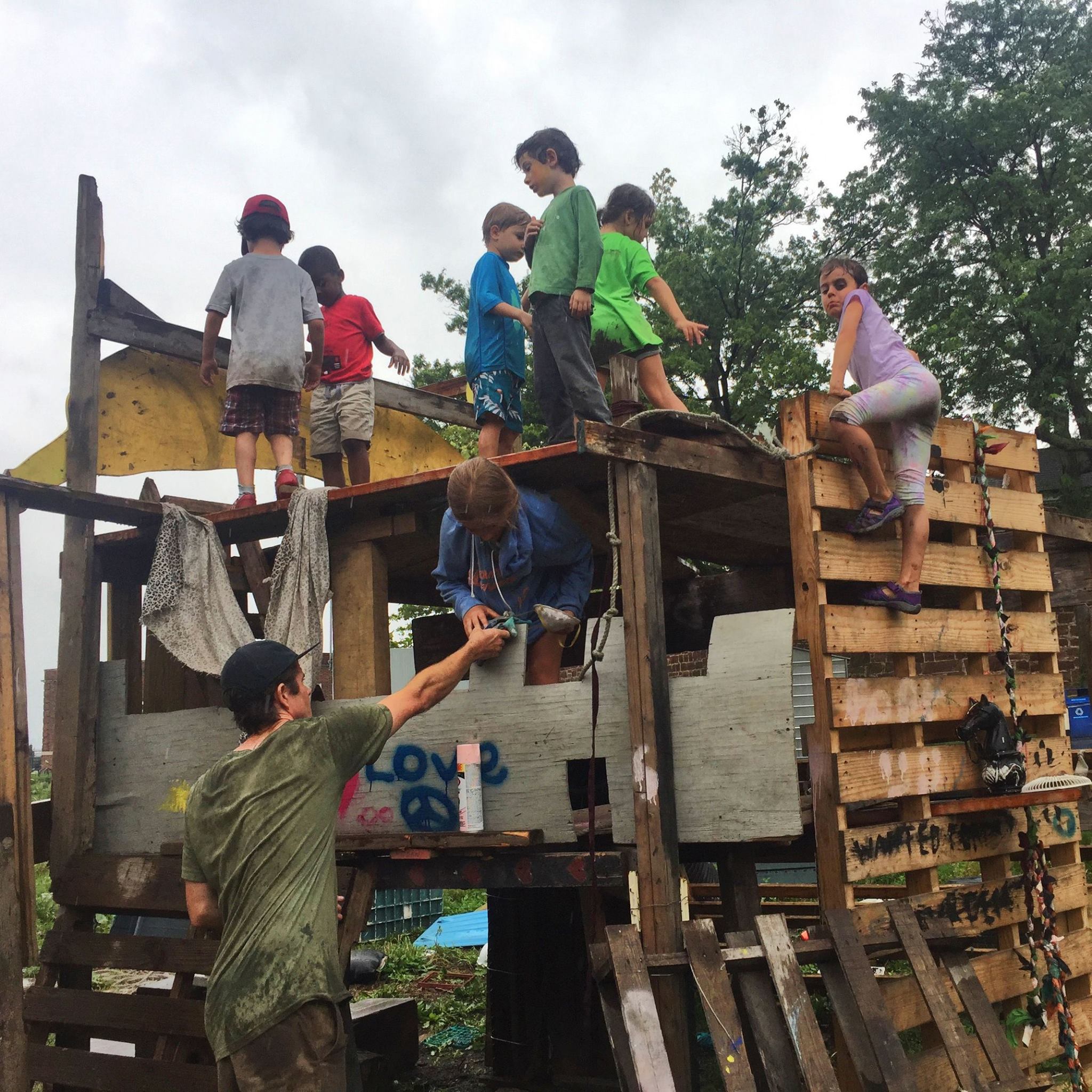 I might be in the UK, but became aware of play:groundNYC, an adventure playground on Governors Island, New York, through an article in The Atlantic, (oh the advantages of the internet :-)) which promoted me to investigate further. This was a place after my own heart about children and education! From all accounts it is an amazing space for children to play, explore, experiment and it’s free! That alone nowadays is almost just as amazing. It’s also a parent-free zone! Yup… adults you can’t go inside with your child – and I know that might stop some parents taking their children to it right there. That’s not say there are no adults on site. There are experienced playworkers there who are on-hand ‘if they are needed’.

So what is play:groundNYC? It’s an adventure playground in the truist sense of what adventure playgrounds are meant to be; a ‘waste materials’ place for children to create their own play, be imaginative, experiment, build and construct, using the waste materials around them and a few tools. It’s certainly not a pre-fabricated playspace with carefully designed play equipment. However, it is still very much a playspace and in many ways a better one as it has so much more potential to help any childs’ potential grow,

The idea of Adventure Playgrounds was first propsed by C. T. Sørenson, an architect, in 1931. With the first Adventure Playground (“Junk playground”) created in 1943 in Denmark as a place for young people to play without inciting the then occupying German forces. It’s success, prompted more to be created in Denmark and spread to the United Kingdom, the Netherlands, Germany, Japan and the United States. The term ‘Adventure playground’ arose in the United Kingdom after playwork became a professional methodology, where trained adult “playworkers” would run these environments.

Parents first impression of the play:groundNYC could easily be of shock, as one parent put it “It looks like a dumpster playground” [Walker, 2016], because it is not one of the carefully planned playgrounds we’ve come to expect. However, you will find this is a great space for  children to play and learn. There is a family playground section for 3 years and up where parental supervision is required, but it’s the adventure playground recommended for those aged 6 and up that is the attraction for children (and parents that want to give their children the freedom of play this provides). Scrap wood, pallets, tyres, rope, plastic tubes, etc. There is also a selection of tools like handsaws, hammers, nails, etc. If a child wants to use they can. 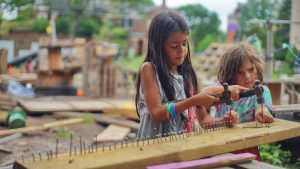 Adventure playgrounds excel in allowing Children to learn through play and exploration, specifically because of their lack of preformed regidity so children are encouraged to use their imaginations more to view the various materials and elements. Adventure playgrounds also encourage other essential skills such as problem solving, social interactions, development of fine and gross physical skills through clambering around and navigating the various pieces of equipment as well as assembly or just practicing skills like hammering. Certainly with play:groundNYC there is plenty of opportunity for messy play as well 🙂

Will be interesting to see how other advednture playgrounds around the world, like those in the UK, compare.

[All images are copyright of play:groundNYC and used with permission]

County Lines: A risk to children