Old paper and pencil game (or any writing surface) for two or more players. An early version mentioned in a children’s book of games in 1894. Although this didn’t use a hanged man but just keeping score to the number of attempts it took a player to work it out. https://en.wikipedia.org/wiki/Hangman_(game)

One player thinks of a word and draws a line of dashes. One dash for each letter of the word to be guessed. E.g. ‘Education’ would be 9 dashes.

The other players then have to work out what the word is by suggesting letters one at a time. Whenever a letter is correct this is placed in the relevant spaces. Eg ‘C’

However every time a letter is suggested which is not in the word this letter is written down at the top or side of the paper as a reminder of misses and a part of the figure of a hanged man is drawn. You could choose something else to draw in stages, but for the hanged man follows a 10 part sequence. 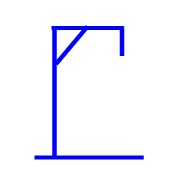 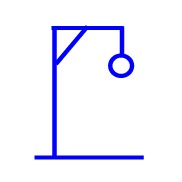 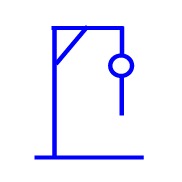 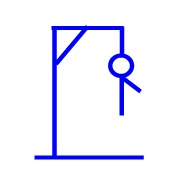 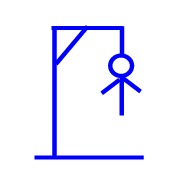 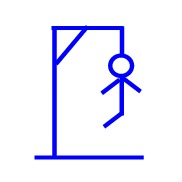 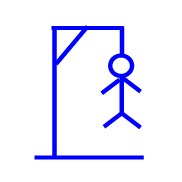 (Sometimes to give more lives you can also draw in the face by stages and/or add feet hands.)

If the hanged man is completed before the whole word is guessed the players guessing loose and the player who challenged them has another go. Otherwise, the player who guessed now takes their turn to think of a word.