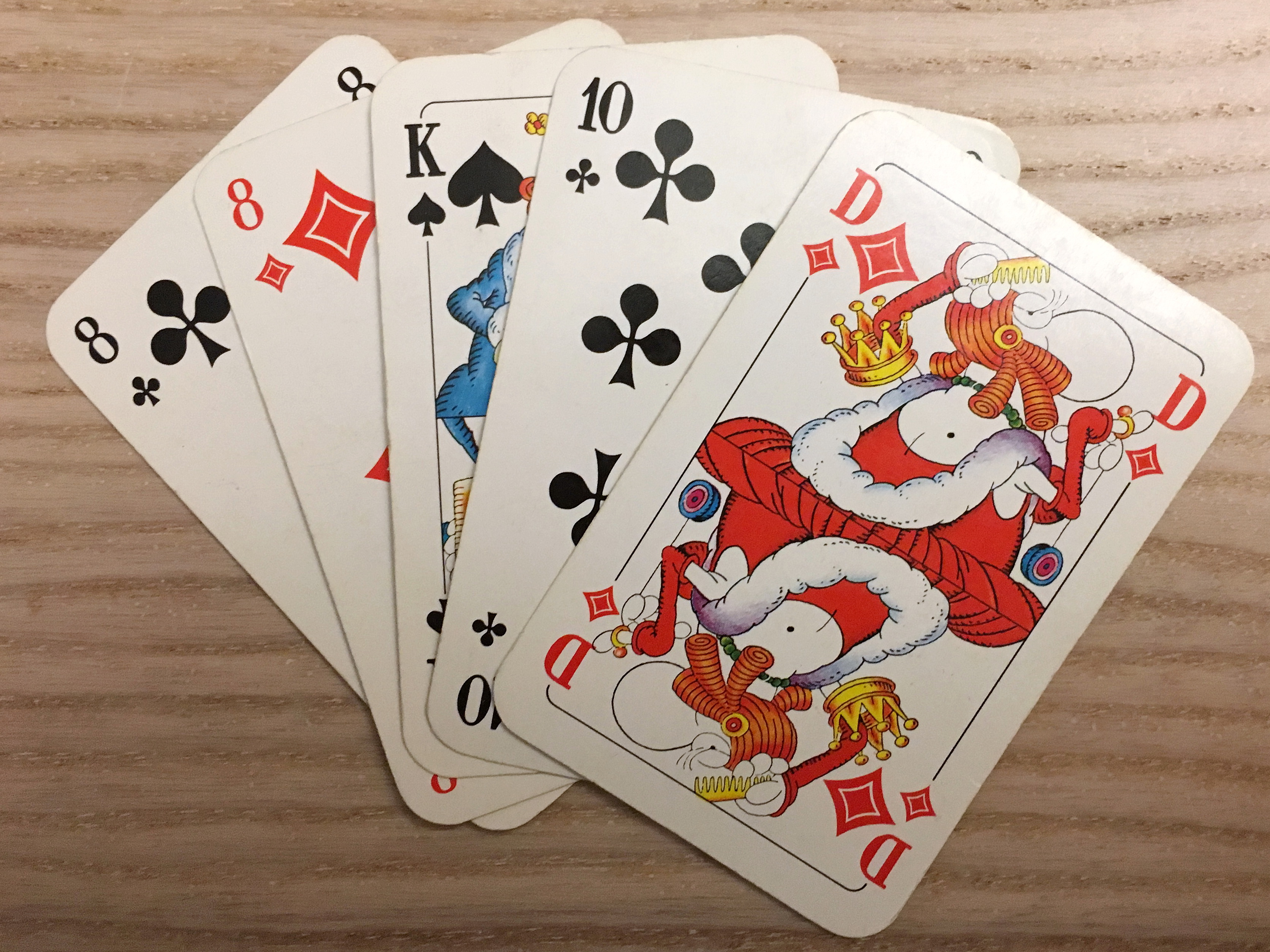 Game for 4 people. This used to be played by the Prefects at Glyn , Surrey.

Players pair up and work out a secret signal between them. Pairs sit facing each other so one pair would be sitting at North and South the other pair at East and West. Take out all the royal cards (jack, queen, king) and aces from a pack of cards, shuffle these and deal them out face down to each player. Each should have 4 cards. Take the remaining pack split it into three piles and place these piles in the middle face down.

Object is for one player to get 4 cards of the same rank. Each player look at their cards and chooses a card to pass on, which all do at the same time. This continues until one player has got 4 cards the same at which point they signal to their partner and both members of the pair have to lay claim to two of three of the piles of cards in the middle. If successful they choose one pile and take the top card from it. The number of points they get depend on the value/rank of the card. However if the other pair suss them out and beat them to it by laying claim to two of the three piles, they can choose any pile and take the top card from that.

Reshuffle and deal the royal cards and aces for each round.

If you wish you can play it with ‘bluffs’ as well in which one team can attempt to bluff they have a full set and about to attempt to claim the cards, but don’t actually lay claim. If a team react and lay claim to two of the piles when a set has not been achieved, they forfeit and the card from the pile goes to the other team.