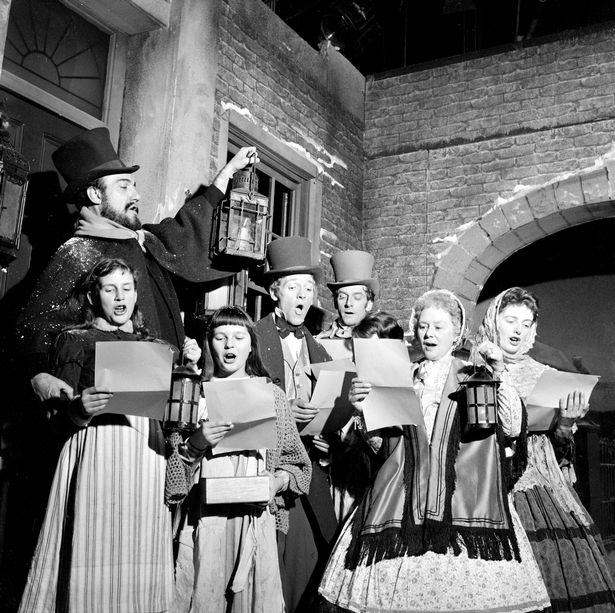 “It Came Upon a Midnight Clear” was written in 1849 by Edmund Hamilton Sears. The score was provided the next year by Richard Storrs Willis, a New York organist.

In 1865, after a trip to the Holy Land, Rector Phillips Brooks wrote the words to “O Little Town of Bethlehem.” Three years later, Lewis Redner wrote the score.

The Apostles sang songs of praise, many based on the Psalms. As founders of the churches, their enthusiasm inspired their new congregations into song. But unfortunately they did not leave us any copies of the musical scores.

One of the earliest known Christmas songs is from the 4th Century, Jesus refulsit omnium, composed by St. Hilary of Poitiers. During the 12th Century, St Francis of Assisi formally introduced Christmas carols to church services. As patron of the arts, he inspired the composers and poets of the day to deliver Christmas music. The lighter joyous Christmas songs were introduced many years later in Renaissance Italy – the 1400s, the time of Leonardo da Vinci and Michaelangelo. The earliest known copy of an English carol was written by Ritson about 1410. Throughout the years, monks also contributed significantly in composing music themes from the Bible.

When Johannes Gutenberg started his printing press rolling in 1454 copies of carols could be distributed fairly freely. However, Christmas celebrations were suppressed by puritans at that time and Christmas did not become widely popular until late last century. Thus, many of the Christmas carols that we know today are not quoted directly from the Bible and were composed fairly recently.

Carols are banned but bounce back

Christmas carols were banned between 1649 and 1660 in England by Oliver Cromwell who thought that Christmas should be a solemn day. (Cromwell also abolished the monarchy.). When Protestants had to flee Europe under pressure from the Catholic

Church. They took the Christmas carols with them to their new homes across the world. In 1649, John de Brebeur wrote the first American Christmas carol, called Jesus is Born.

Fortunately, in Europe, when carols couldn’t be sung in Churches, they found a stage elsewhere. The world’s most famous religious play, the Passion Play, was staged in Oberammergau, Germany in 1634 (and has been performed every 10 years since). In the 1700s, the music by Mendelssohn and Händel was adapted and used as Christmas carols.

Georg Friederich Händel was born in Germany in 1685. The Royal Houses of Britain and Europe had always been closely interrelated, and the Act of Settlement of 1701 secured the Protestant succession of Anne to the Crown. Händel, who had studied and performed in Europe, left Italy early in 1710 for Hanover, where he was appointed Kapellmeister to the Elector, George Louis. In August 1714, at the death of Queen Anne, George became George I, king of Britain. Händel followed George and adopted British nationality. By invitation of the Duke of Devonshire, who was anxious to further music in Dublin, Händel moved to Ireland. In 1742, he gave the first performance of the Messiah in the Music Hall, Fishamble Street, Dublin in aid of several charities. By 1170, the famous Messiah was performed in Colonial America, 2 years before its first performance in his native Germany.

Händel died in 1759 and was buried in Westminster Abbey, recognised in England as the greatest composer of his day. His Messiah was as popular then as Bing Crosby’s White Christmas is today.

Perhaps the best known Christmas carol is Silent Night, written in 1818 by an Austrian assistant priest Joseph Mohr. He was told the day before Christmas that the church organ was broken and would not be repaired in time for Christmas Day. Saddened, he sat down to write three stanzas that could be sung by choir to guitar music. “Stille Nacht, Heilige Nacht” was heard for the first time at that Midnight Mass in St. Nicholas Church in Oberndorf, Austria. The congregation listened as the voices of the Fr. Joseph Mohr and the choir director, Franz Xaver Gruber, rang through the church to the accompaniment of Fr. Mohr’s guitar. Today, Silent Night, Holy Night is sung in more than 180 languages by millions of people.