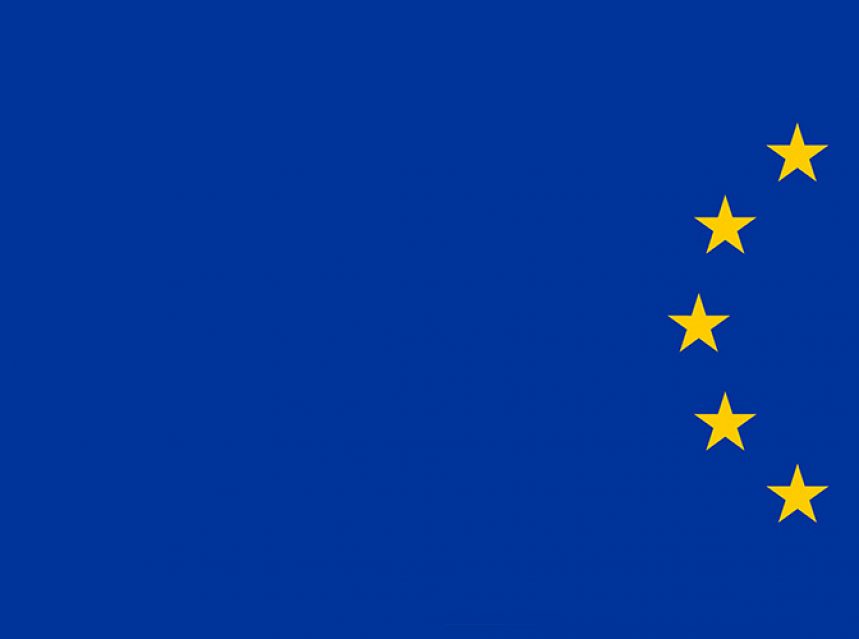 Only if we do it right this time!

Following the turmoil of the 2016 EU Referendum, there has been increasing discussion about holding a 2nd Referendum about whether the UK should stay in the EU or not (actually this would be the 3rd referendum as we had one about this issue in 1975 which was much more conclusive as 67% of those voting, voted to remain) to settle the matter. Presumably if a Leave campaign wins again, it hoped the general public will then assume the vote to be conclusive. Even Nigel Farage mentioned holding one [Mason, R. (2018)] [How on earth does this guy get so much air time? – guess he makes news and bad news sells]. However, what happens if more people vote remain by a similarly narrow majority as last time? Will this be regarded as the current ‘the will of the people’ or something to be ignored? Governments and politicians are all well versed in interpreting things that are advantageous to their political ends and ignoring things that are not. You’ll note I’ve said ‘if’. This is precisely the point, there is no given. Although current polls show greater support for remaining [NatCen Social Research (2018)[1], NatCen Social Research (2018)[2]], and therefore a greater chance that if another referendum was held now being in favour of remaining. There are a number of issues about how the referendum was conducted in amongst all this that were never addressed and need to be addressed before we hold a 2nd referendum. Don’t get me wrong I would dearly love to see Brexit stopped and scrapped. With the UK forging a better relationship with the EU and using that relationship to encourage changes, but the UK political system and referendums needs to be shaken up and many problems with it improved before another referendum is held. I don’t think this country has learnt it’s lessons yet from the last referendum and the current government, both in power and shadow have not shown any maturity over the issue and I’m not the only one with concerns about a 2nd referendum, Gina Miller has them too [Bienkov, A. (2017)].

Why a referendum in the first place?

The need for a referendum was set in law with the European Union Referendum Act 2015 (c. 36) , but did we really need a referendum? Referendums are fraught with many problems [Rentoul, J. (2016)] and it’s easy for the voting public to be mislead into thinking they are are getting a fair, informed choice, but the reality is often different and in the run up to the 2016 referendum it was obvious that it was fraught with problems, to the point that Lord Higgins, a former Conservative, has suggested we ban referendums [Withers, M. (2018)]

Primarily it was a divisive question [Walker, P. (2018)] to either remain or leave the EU. No other options. A divisive question being used to resolve an extremely complex issue. A very simplistic ananlogy would be like selling and moving house. Anybody who has ever done this will know there’s a host of things involved. Our relationship with the EU is infinitely more complex.

While a simple ‘yes/no’ question might sound a good way to resolve the issue about UK’s relationship with the EU, there were/are just too many issues which cannot just be resolved by a simple question. Many of those are beneficial, a few less beneficial and whole lot more that were only beneficial depending on who you are. Things such as banking, tax, fishing, farming and manufacturing, borders, immigration, free-trade, academic exchange, human rights, laws, to name a few. However, all were issues needing intelligent, unbiased, informed, truthful debate. All of which seemed to be missing.

No limits were set

The 2016 EU referendum had absolutely no limits or minimal representation set [Wilson, B. (2017)], but the European Union Referendum Act 2015 (c. 36) enacting it and requring a referendum stated it was to be non-binding with no requirement for the UK government to implement the results of the referendum. Nonetheless, the leaflet distributed to all households stated “This is your decision. The government will implement what you decide”. This meant and its the way the government is behaving, that even if only a tiny handful of invididuals voted eg, 10! The government would feel obliged to implement the results of this feeling it still represented all 65 million residents of the UK. In addition to no minimal turn out required, there was no majority set. So a majority by 1 vote could under the circumstances be regarded as an accurate representation of the how the UK thought about the issue. Wonder what the UK government would have done if only 501 voted and the vote was 251 to 250?

It’s worth noting that If the vote had been in favour of remain on similar numbers, those voting Leave instead of saying “This is democracy, get over it” would continue arguing and probably be saying exactly what those who support Remain are saying now. Actually that’s something Nigel Farage did say [York, C. (2016)]. We might not like it, but democracy is an ongoing process. It’s why more decisive limits need to be set like a supermajority. For example over 50% of those able to vote (electorate) need to vote and 66% of those voting (two thirds) need to be in favour one way or the other.

One would have thought with such an important question affecting generations to come the arguments set out would be balanced. Except that was not the case. By virtue of it being a single polarised question, it meant that those wih any grumble about any aspect of the relationship with the EU would vote ‘leave’, to change from the current status quo, regardless of how positive or neutral they felt about other issues. Okay that’s purely hypothetical, but it’s interesting to note that the better educated somebody was and therefore able to see that voting ‘leave’ based on single problem would also harm all the other good aspects of the relationship. Bit like deciding to divorce your partner because they never squeeze the toothpaste the right way, but not appreciating you’ll miss their cooking, the cleaning, and they they will get the house and also the kids (you have limited access, but only if it’s convenient for them), not to mention losing all the other delights that made up your married life.

While the Leave campaign focussed on concerns about immigration (constantly citing a percieved problem of Syrian and other refugees from the Middle East as well as elsewhere), they were usually quick to ignore the fact that the UK does have borders and border controls and is not part of the EU Schengen agreement. It also focussed on the amount of money we pay the EU, but ignored all the money we get back to subsidise projects as well as other things. Even that is very much an over simplification. “So we will leave and stop paying the EU.” some might say. Only it won’t. We will still need to pay the EU money we promised for a while, such as the pensions of MEP’s and the areas already getting EU money or promised,  will probably not get it on leaving. And similar to divorce payments the EU can hold us to account. Not to mention how much the Brexit process is costing us even before we have officially left.

Then there’s the issue about UK soveriengty and EU laws. All fine and good except the UK has always had the power to veto/opt out of EU laws and directives. We’ve been cherry picking those for a while. And for some reason many people in the UK and some influential media believe that government should be just be a tiny handful of people making the decisions and every other MP just agreeing, regardless of their political persuasion or own possibly better informed thoughts.

Influence of the Media

In the 2016 referendum there was very notable influence by the media [Moore, M. & Ramsay, G. (2017),] with certain papers having stronger inclinations than other towards propagating lies, mistruths, spin predominately in favour for Leave and this has not really abated ever since. If you are wondering how the media can influence things then watch this 1986 ‘Point of View’ advert for the Guardian which is a good summary of what tends to happen.

The presence of social media during the 2016 referendum and mainstream media hacks taking advantage of sensationalist information either without bothering to check the integrity of the information or wilfully ignoring the fact they were peddling lies; helped see the spread of masses of erroneous information about the EU. Myths about the EU abound in the hundreds, so much so, it’s worth doing a fact finding mission before you believe anything. If it’s something that sounds like a stupid rule or idea… it’s probably not one created by the EU.

There is concern that the majority of funding for the 2016 EU referendum campaign came from just ten wealthy donors. The concern being that democracy is at risk of being influenced by just a few individuals and for the 2016 referendum more donors were for leave and £2.5 million more was given to the leave campaign than remain.

For something as important as whether to remain or stay in the EU. Which affects everybody living in the UK and also UK nationals living abroad, it makes sense that the only true way you’ll get a good representation is to include as many individuals who are able to vote as possible, and the best way to ensure that is to make it compulsory to vote.

Inclusion of everybody who is of voting age and affected by it.

The 2016 referendum omitted a number of individuals who should have been able to choose how their futures in the UK or as UK nationals living abroad might be affected by the UK leaving the EU. Giving them the chance to vote on something as profound would help towards making the vote representational.

This should have been a given even for the 2016 referendum. However, for some inexplicable reason the UK government decided it would take a simple majority. If the referendum was to redone or indeed any referendum was to be run, it really aught to be a supermajority, ie results not enforceable unless 66%  or more vote for something.

Ask the right questions in the first place.

Okay asking whether to leave or remain sounds sensible, but when you consider the individual questions it’s not. Is it really worth choosing ‘Leave’ just because of one aspect that you dislike about a relationship? Do you divorce, or leave your partner, boy /girlfriend just because they squeeze the toothpaste the wrong way?  Ideally referendums should actually take advantage of the situation to become a national survey and identify what the real problems are and how individuals feel. So why not ask a series of questions and get the public feeling about those issues, rather than just offer the divisive alternative option.

The biggest problem is that I feel the current government is incompetant and certainly not mature or capable enough to run another referendum, let alone a country or a proper democracy.

This div height required for enabling the sticky sidebar

Games, activities, ideas and resources for children, youth and the young at heart.