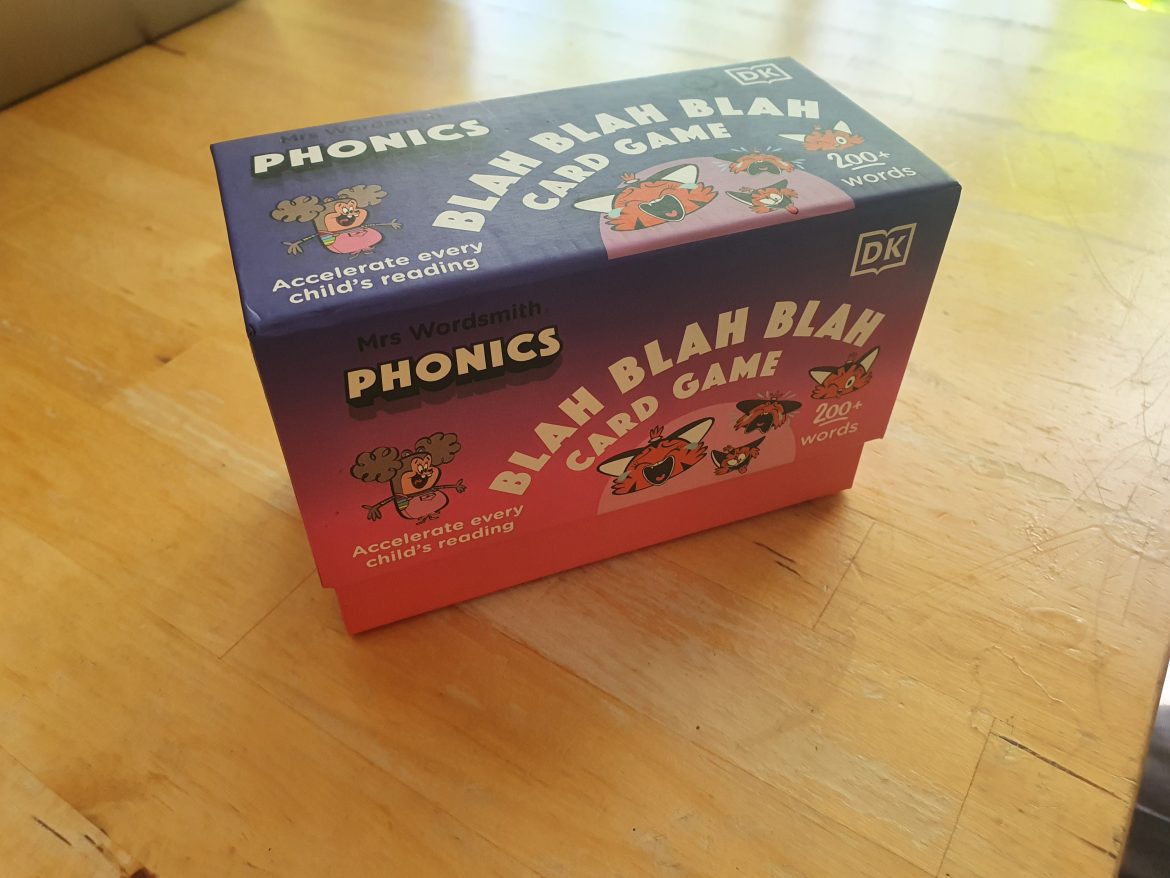 Personally feel whoever dreamt up the idea of turning the popular card game of UNO into one based on phonics had a total moment of genius. That effectively describes “Blah Blah Blah” in a nutshell, but for those needing a bit more elucidation.

‘Blah Blah Blah’, by the Mrs Wordsmith company, is a card game created to help children learn phonics (the process of learning to read by breaking words into their different phonetic components) in a fun way – but you don’t have to be learning phonics to enjoy this. It’s fun for anybody and children love causing havoc with the special cards.

Gameplay is relatively simple and not complex. All players are dealt seven cards and the idea is to get rid of all the cards in your hand. Most cards have words on them that also show their component phonetic parts. Other cards are special that make the next person (if they can’t counter it) pick up two or four cards or reverse the direction of play. Play progresses sequentially with each player, in turn, trying to find a card in their hand that matches one of the phonetic components of the last card placed on the table. eg if the last card was ‘CAT’ they have to find a card in their hand that has a word with a phonetic that matches the ‘C’, ‘A’ or ‘T’. Alternatively, if that player has one they can play a special card forcing the next person to pick up additional cards or reverse the direction of play. If a player can’t put any card down they have to pick up a card from the pile of undealt cards. Also importantly you have to announce you are onto your last card by saying ‘Blah Blah Blah’… or you have to pick up four cards.

The box comes with 3 sets of cards at different levels of phonetic difficulty.