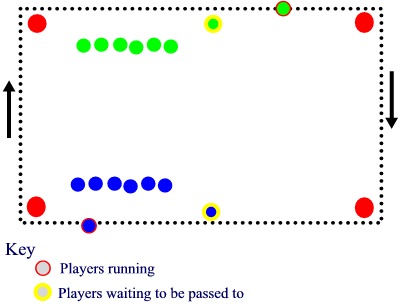 As in a relay the first player in each team starts holding the blackboard/chalk eraser/baton. Both players then run around the outside of the cones following the course handing over the baton when they have completed a circuit and get to the next player waiting in their team . Play continues until one team has done the circuit twice.

Points are given or lost as follows: