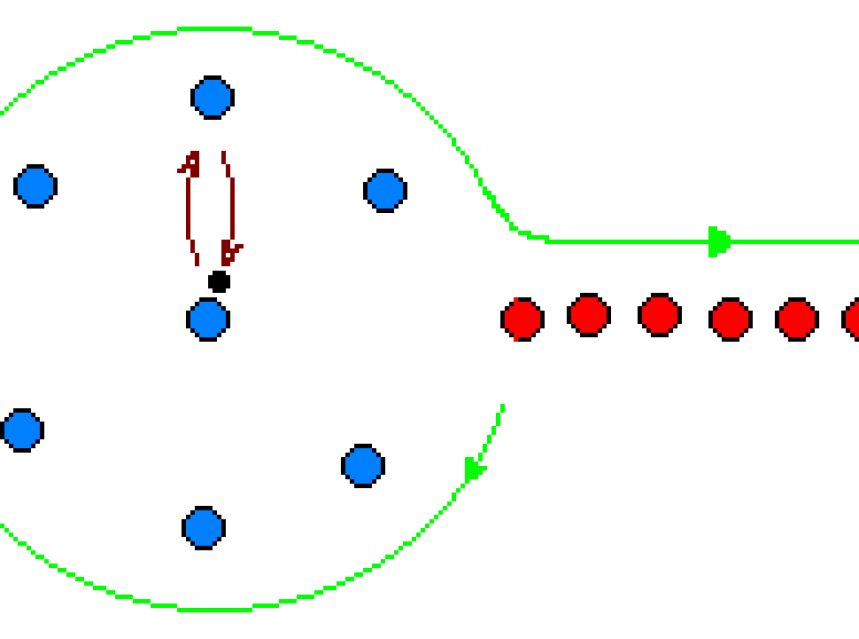 Named from the shape formed by the players.

2 teams of equal numbers. One team stands in a circle surrounding a central thrower (the head). The other team line up outside the circle creating the tail. The player in the middle of the circle has to throw the ball to each of his/her team members in turn. Meanwhile, the members of the second team in turn have to run a relay around the circle the next member only going when the runner in front of him/her has returned and tagged them. When the last player in the running team has completed their circuit the game halts and the thrower of the first team says how many catches were made. Teams then swap places and the team which makes the most catches wins.

This div height required for enabling the sticky sidebar

Games, activities, ideas and resources for children, youth and the young at heart.