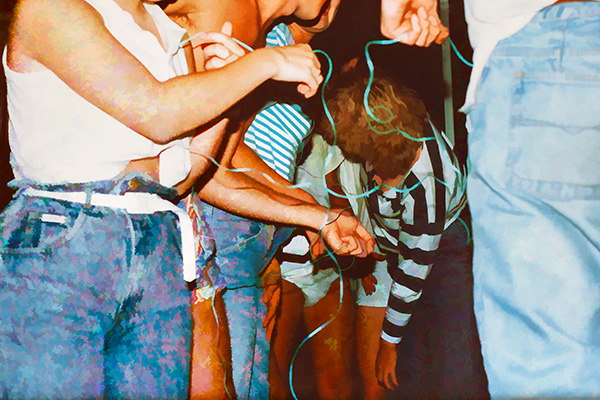 Quite probably for the more adult minded. Divide into teams of about 5 or 7 for each team. For each team have a spoon tied to the end of a very long piece of string (long enough to link all team members together). Teams stand in line and have to pass the spoon from player to the next by passing it through their t-shirts / tops. First team that finishes wins.

A forest-based yard improved the immune system of daycare children in only a month.