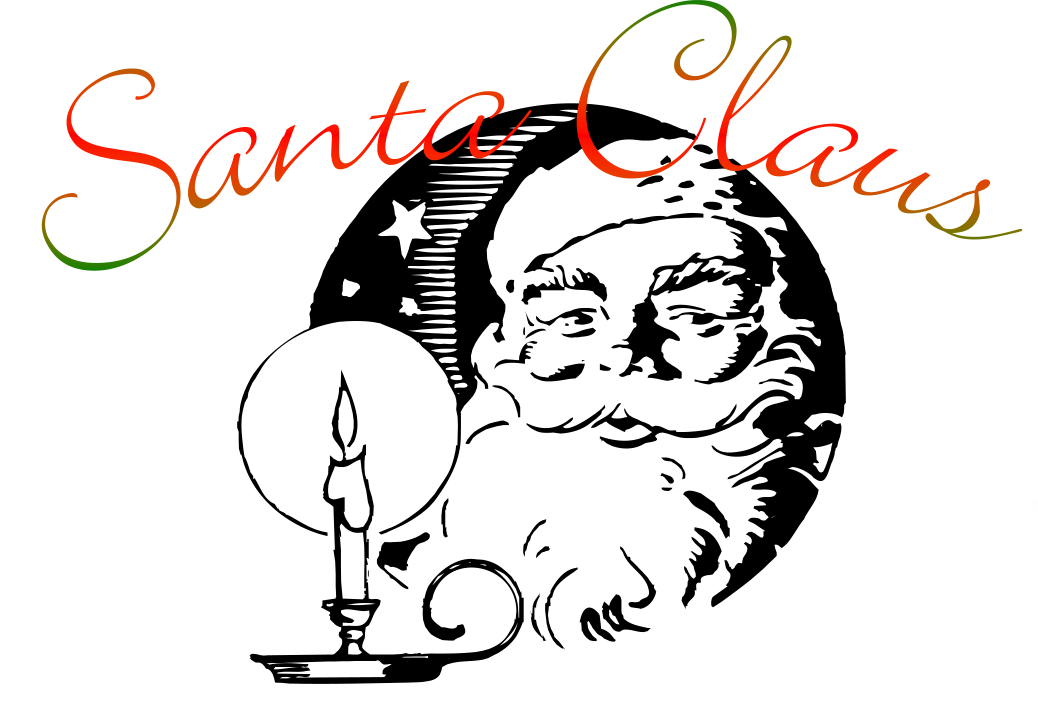 Origins of Santa Claus. Part of an online treasure hunt for the Christmas Quiz.

The figure of Father Christmas (Santa Claus) is based on Saint Nicholas, who became one of the youngest bishops ever at age 17. At age 30 he became the Bishop of Myra, a port town on the Mediterranean Sea, that is part of modern-day Turkey. He hailed from a rich home and became well known for supporting the needy. He would often be seen, clad in red and white bishop’s robes and riding on a donkey, handing out gifts to children.

During the Middle Ages, many churches were built in honour of Saint Nicholas. In the 11th century, his remains were enshrined in a church in the Italian city of Bari. It is told that the first Crusaders visited Bari and carried stories about Nicholas to their homelands. The anniversary of his death, 6 December, became a day to exchange gifts.

Under the Puritans, Christmas was frowned upon with Christmas frivolities becoming banned under Cromwell. While during the Protestant Reformation of the 16th century, Martin Luther tried to stop the worship of saints, and the feast of Saint Nicholas was abolished in some European countries. The gift-giver took on other names: in Germany, he became Der Weinachtsmann (“Christmas Man”), Père Noël in France, Father Christmas in Britain and the colonies.

The Dutch, under Peter Stuyvesant, founded New York – named New Amsterdam under the Dutch and renamed when the British took over the colony – and brought with them the celebrations of Sinterklaas, the Dutch name for Saint Nicholas. Santa Claus is the American pronunciation of Sinter Klaas.

As early as 1773 “St. A. Claus” was mentioned in the American press. In 1809, Washington Irving (the author of “Tales from Sleepy Hollow”) wrote about Sinterklaas in his “A History of New York.” Irving described Sinterklaas as a rotund little man in a typical Dutch costume, with knee breeches and a broad-brimmed hat, who travelled on horseback on the Eve of Saint Nicholas. In 1822, Clement Clark Moore, a poet and professor of theology, published the poem “A Visit From St. Nicholas” (also known as “The Night Before Christmas”). Moore’s Santa is a jolly old elf who flies around in a miniature sleigh with eight tiny reindeer. Moore even named the reindeer by the names we know them today, and the method by which Santa returns up the chimney.

In 1931 Haddon Sundblom presented Santa as a plump human rather than an elf, with a jovial face and big beard in a Coca-Cola advertisement. (Coca-Cola was a client of Sundblom’s advertising agency from 1924 to until his death in 1976.) Today, it is Sundblom’s Santa that slips down chimneys around the world.

In 1925, it was discovered that there are no reindeer at the North Pole. There are, however, lots of reindeer in Lapland, Finland. In 1927, the great secret of Santa’s address was revealed by Markus Rautio (“Uncle Markus”) who compered the popular “Children’s hour” on Finnish public radio. He declared that Father Xmas lives on Lapland’s Korvatunturi Mountain. Korvatunturi – literally “Mount Ear” is in the Savukoski county, Lapland, Finland, on the Finnish-Russian border. At 500 m (1,640 ft) high, it actually is only a big hill. But its three summits points to the answer the children of the world had been asking for years: “Yes, there really is a Father Xmas (Santa Claus).” And his official Post Office is in the town of Napapiiri, near Rovaniemi, near the Korvatunturi mountain. The mountain itself is out of bounds to people.

Vote.com conducted a poll in Dec 1999, asking Internet surfers: “Do you believe in Santa Claus?” Of the 4,114 votes cast,
66% voted for the option “Yes! He spreads Christmas spirit around the world.”
34% voted “No! Bah, Humbug! Santa’s nothing but a marketing ploy.”
So it seems, Virginia, that there is a Santa Claus after all.

Yes, Virginia, there is a Santa Claus